Ilkeston Charter Fair is an impressive spectacle. Ilkeston is perhaps not the most picturesque Derbyshire town; far away from the more noted Peak District and its picture-postcard towns and villages. However despite its slight lack of the tourist idea of a town – and it does have a fine museum – it becomes most attractive and highly visitable for the second week of October when this ancient fair brightens up the dullness with its vibrant sights, sounds and smells.

The best day to go is when it is ceremonially opened by the Town’s Mayor which is the Thursday – although in a quaint turn of Britishness the fair has been running since Wednesday!

Sat outside the Town Hall festoon with banners proclaiming the fair and its vintage was a platform with two bells at the side. It was these two bells which would ring in the fair in and officially open it at 12 midday. I turned up at around 11.30

After being entertained by a certain Johnny Victory with his musical selection which surprisingly was known beyond the elderly attendees, out came the dignitaries the Macebearer, the Mayor in his chain and red and black clock sporting the traditional tricorn hat and a selection of gold chain wearing attendees probably Mayors of our nearby towns although they did also look like a rather bad put together 1980s rap crew.

The Macebearer approached the lectern and read the proclamation:

“For Hugh Son of Ralph. The King to his Archbishops etc. Greeting. Know ye that we have granted and by this our Charter confirmed to our beloved and faithful Hugh son of Ralph, that he and his heirs for ever shall have free warren in all their demesne lands of Ilkesdon in the country of Derby and Gresley and Muscampis in the Country of Nottingham. So nevertheless that such lands be not within the metes of our forest, so that no one shall enter those lands to hunt in them or to take anything which belongs to warren without licence and Will of the said Hugh and his heirs upon for forfeiture to us of ten pounds. Also we have granted by this our Charter confirmed to the same Hugh that he and his heirs for ever shall have one Market every week on Thursday at his aforesaid Manor of Ilkesdon and that they will have there one fair every year to continue on the vigil and on one day of the assumption of the Blessed Mary Unless such Market and such Fair be to the Nuisance of the neighbouring Markets and neighbouring Fairs. Wherefore we will [wish] that the aforesaid Hugh and his heirs for ever shall have free warren as is aforesaid and that they shall have one Market every week and one Fair every year at his aforesaid Manor or Ilkesdon as is aforesaid with all the liberties and free customs to such Market and Fair belonging unless [such as Market and Fair to be a nuisance] These being Witnesses: Guy de Lezingny and William de Valencia, our brothers, Richard de Grey, John de Grey, J. Mansell Reeve of Beverley, Ralph the son of Nicholas, Bertram de Crioll, Master William de Kilkenni Archdeacon of Coventry, Rober Waler, Elyas de Rabayn, Ralph de Bakepuz, William Gernun, Roger de Lokinton, John de Geres and others. Dated by our hand at Windsor, the 10th day of April.”

After reading the lengthy Charter the Mayor approached the stand and gave a brief introduction before approaching the bells as the church bells rang 12….I think we may have been running late…especially as the Mayor said the trick was to ring without the church bells drowning them out. He had managed it! The bells were rung with great effort and the fair officially opened to great cheers.

Top of the Charters

The original fair called the Assumption Fair was held in the church yard during August was mainly food and drink with cockfighting and bear baiting as supplementary entertainments. Later on a Hiring or Statutes fair was established where agricultural labourers would attend to find winter employment. Again supplementary entertainments arose and then in 1888 the two were combined and the date confirmed as the third week in October. Its close proximity to Nottingham’s Goose Fair meant it was a convenient event for showmen. and it has been held continuously bar a break in the First World War.

The Show families were always welcomed at Ilkeston and a great relationship developed one the town council still is proud of. Indeed, in 1922, John Proctor one of the families who still attend became the Councillor for the town. The grand opening of the fair begun in 1931 when Councillor Beardsley became the first Mayor to organise a civic opening and custom which has continued ever since.

Then the assembled dignitaries lead by the Mayor went to inspect the fair – and get some free rides. First to the dodgems and the Mayor and Mayoress climbed into the first car followed by the rest. The buzzer went and off they went enjoying bumping into each other and possibly letting off some civic stress. Next it was the big wheel. The off to the Cake Walk which was the most challenging of the rides with the vicar finding getting off a bit of a challenger. As the Mayor paraded around he met young children and reached into his gown to find some cards – free ride cards – the children’s face lighting up when being given them. The Mayor then arrived at the Ghost Train and left looking surprisingly shocked! When the civic party arrived at the Gallopers, one of the showmen appeared. I could see many of the assembled hearts sink when they were told that the engine on the gallopers was broken and they’d have to try the Whizzer instead! Far less gentile! But they got the gallopers going and on they went. Round and around…’I see the town council goin’ round in circles again…just as they do all the times’ I heard a bystander say. It is heartening to see the civic party take so much pride and fun in this annual fair.

Stilton Cheese. That is what Long Clawson means to most people who know it but 1 day out of 365 the cheese making takes a back seat for a great slice of quirky Britishness – a conker championship.

Passing through the village it looks like nothing is going on. No one is walking the street. Houses look empty and then turning the corner one come across the green and there were hundreds of people bathing in the warm October sunshine and enjoying a conker fight or two.

Around the green were set up platforms were the conker pugilists, each pair intensely focusing on their fight cheered on by the audience behind the barrier.

Robert Southey’s memoirs of 1821 first mentions but this was done with hazelnuts or snail shells or hazelnuts. It was on the Isle of Wight in 1848 that the first game is recorded and it spread rapidly across the UK by the 1900s.

The idea of a championship was started by an outsider, from Nottinghamshire, a Mr Haythornthwaite who met up at the Crown and Plough one night with brothers Terry and Robin Bailey and set out the idea to raise charity money back in 1984. Robin Bailey went on to be the first winner of the Championship and was given the name King Conker and he has been involved every since. From that chat in the pub the competition has gone on for 30 years! King Conker being easily found with his chain of office – made of conkers of course.

But everyone on the green is competing to become the new King or Queen Conker. Over 100 people had entered and there was a thriving children section. Indeed I was very impressed with the younger entrants who were practicising intensely at the edge of the arena. Although I am not sure why I’d be so surprised it is a kid’s game after all!

2018’s competition like many through the 2010s has had the threat of conkers being in short supply due to disease. Certainly the sizes of conkers did look quite meek in the bucket for collection remembering that one could not bring your own conker save you immerse it in vinegar to make it stronger. They take fair play seriously at Long Clawson.

Its so serious that the pub runs a pre-Tournament conker off to ensure that the very best players are playing on the day. Indeed the competition was intense. A particularly tournament I observed appeared to go on with no result. Whack. Conker one was intact. Whack. Conker two was intact. Whack again. Ditto. Whack again. Ditto. The crowd watched on tenterhooks as The Melton Times noted:

“The number of entries was again solid with over 100 competitors on the day all aiming to be crowned King Conker 2018,” said Bryan Lovegrove, one of the organisers. “There were a number of prolonged battles, sometimes with no conker being broken. These then went into a sudden death test of skill with the winner being the one to gain the greatest number of conker strikes from a set number of attempts.”

After all the knockouts, split conkers laying forlornly on the floor we reached the final and it was a men vs women final. Amy Goddard vs Jamie King..after a valiant attempt Jamie appropriately could add Conker to the add of his name as he gained the prize and was very pleased with himself. The junior competition was between Jessica Traquir and Yasmin Bursnall of which the later one showing that the future of the conker championship may well lay with the women. 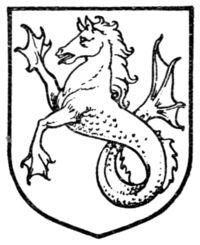 In the village of Bragar, on the Isle of Lewis at Hallowe’en was perhaps the British Isles most peculiar custom which involved a sea creature called Shony . The main source is Martin Martin’s Description of the Western Isles (1703):

“one of their number was picked to wade into the sea up to his middle, and carrying a cup of ale in his hand, standing still in that posture.

He notes that once in the sea he would cry out with a loud voice saying:

“Shony, I give you this cup of ale, hoping that you’ll be so kind as to send us plenty of sea-ware for enriching our ground for the ensuing year”,

Then the ale was thrown into the sea. John Cameron in the 1900 Gaelic Plants of Scotland adds it was Mulvay church and that it was sanctioned by the Church of Scotland indeed, Thisleton-Dwer 1900 Popular British customs present and past adds that it was

“performed at night and on his return to land the people went to church and put out the candle burning on the altar, then went to the fields where they drank ale and spent the rest of the night dancing and singing.”

When the custom died out is unclear but interestingly Fiona Mcleod in her 1912 Iona tells of a Hebridean nurse who told her about Shony and she adds:

It is clear that Shony and Shanny was the same. Interesting it is also the name for a blenny fish! She added that its power was not forgotten:

“whose more terrifying way was to clutch boats by the keel and drown the sailors, and make a death necklace of their teeth. An evil Shony; for once he netted a young girl who was swimming in a loch, and when she would not give him her love he tied her to a rock, and to this day her long brown hair may be seen floating in the shallow green wave at the ebb of the tide. One need not name the place!”

Cameron suggests that the Shony was

“Sjone a Scandinavian Neptune. This offering was a relic of pagan worship introduced into the Western Isles by the Norwegians.”

One wonders what Shony’s response is now that it is now regularly celebrated!