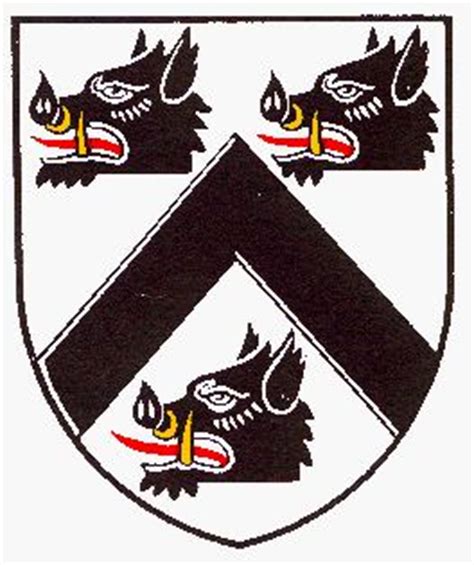 The town of Grimsby has three boars on its crest you may ask why?

The origin comes from when the town was surrounded by wild woods and when boars were common in these areas. The tradition having two parts the main part being the presentation of a boar’s head. T. F. Thistleton Dwyer British Popular customs present and past (1975) notes:

“An old tradition existing within the town of Grimsby asserts that every burgess at his admission to the freedom of the borough anciently presented to the mayor a boar’s head, or an equivalent in money when the animal could not be procured.”

Indeed, an 1828 copy of The Gentlemen’s Magazine states that the Mayor of Grimsby would have three boars heads at the table at his feast. Part of the tradition would be to hunt, for it is also recorded that:

“The lord, too, of the adjacent manor of Bradley, it seems, was obliged by his tenure to keep a supply of these animals in his wood for the entertainment of the mayor and burgesses, and an annual hunting match was officially proclaimed on some particular day after the Nativity of the Blessed Virgin. In the midst of these extensive woods the sport was carried on, and seldom did the assembled train fail to bring down a leash of noble boars, which were designed for a public entertainment on the following day. At this feast the newly-elected mayor took his seat at the head of the table, which contained the whole body corporate and the principal gentlemen of the town and neighbourhood.”

When did this custom begin? The coat of arms is 17th century but it may go back to a Viking or Saxon tradition. Interestingly, the last boar in England was said to have hunted in Bradley which may have been for the Mayor of Grimsby.