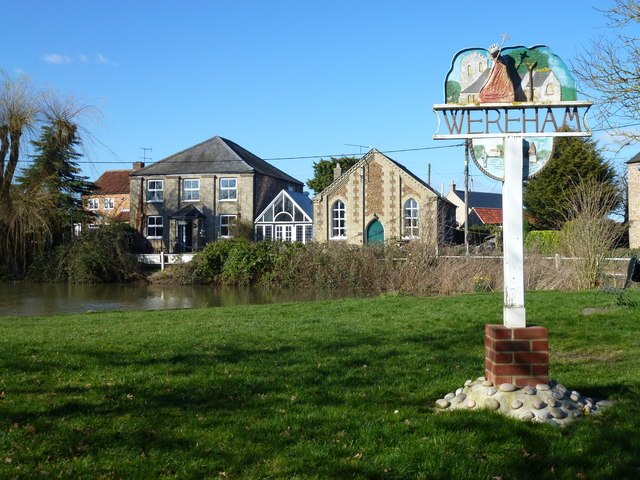 Patronal days were found in every Parish in Britain, but the Reformation removed many of them. In most cases they were simple feasts held in the church but in other occasions they might have involved other sites.

Such appeared to have in Wereham Norfolk. Here in the T.K Cromwell’s 1829 Excursions in the county of Norfolk records:

“To the west of Wereham Church, Norfolk, a well, called St. Margaret’s, was much frequented in the times of Popery. Here, on St. Margaret’s Day, the people regaled themselves with ale and cakes, music and dancing. Alms were given, and offerings and vows made, at sainted wells of this kind.”

It appears that Cromwell is the original source of this account and John Chambers wrote his 1830 A general history of the county of Norfolk as he repeats verbatim except oddly the last line:

“…to the west of the church is St. Margaret’s Well, at which, in the times of popery, the people diverted themselves on that saint’s day with cakes and ale, music and dancing; alms and offerings were brought, and vows made: all this was called Well worship”.

When this was and the exact details I have never been able to find out, perhaps Cromwell had local knowledge. The well however was  first noted 1450, and is marked on the 1884-5 O/S in the square as Margaret’s Well and now appears to have been lost buried under the tarmac of Margaret’s Hill which inconveniently is in the middle of road making it an unlikely place for any such frolics unless you left with your ale from a local pub that is.

Of course many wells were associated with such customs but why this one is recorded amongst many others is unclear and unfortunately we may never know.

“St Margaret’s Day was often expected to be wet; if it was, it was termed ‘Margaret’s flood’.

It appears perhaps by visiting her spring they can always get wet come what may! Interesting the church website notes:

“The main fundraising event of the year is the Church Festival, which takes place on the Sunday nearest the feast day of St Margaret of Antioch (20th July).”